The First National Bank in Trinidad has been part of the foundation of Trinidad since 1875. Many have come and gone since it was established 143 years ago. But some have stayed longer than others, leaving their mark on the institution that was formed one year before Colorado became a state, and four years before Trinidad was incorporated. Some of those include the following individuals who are celebrating 20-year milestone anniversaries with the organization. 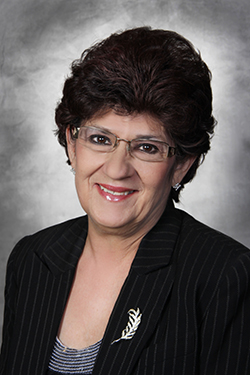 Marilyn Bevsek began her career in banking as a teller at Mt. Carmel Credit Union in Pueblo where she worked for two years before she moved to Walsenburg and worked for the First National Bank in Walsenburg for six years, first as a teller and later in new accounts. She moved to Trinidad in 1996 and started working for The First National Bank in Trinidad on June 30, 1997. During the past 20 years, Marilyn has worked as a teller, head teller at the motor bank, receptionist, new accounts representative, and in her current position as a proof operator. Marilyn has three sons, Dustin, Darrin and Dean. Marilyn says she has enjoyed working for the bank. “They have been good to me, especially during the years I was raising my boys as a single mother. I have a lot of close friendships with my co-workers,” says Bevsek.

Lesha Williamson worked in the Learning Center at TSJC and was a substitute teacher for School District No. 1 before she came to work at The First National Bank in Trinidad on September 15, 1997. She started in the bookkeeping department, and later worked as a teller. Lesha has also worked in the proof department. She now works in the bookkeeping department as a customer service representative. Lesha says, “Twenty years have flown by, and I truly enjoy and appreciate my job. The Bank is a community in itself, and we enjoy serving the community together, especially in our new beautiful building! I consider it a privilege to work in a place that so positively represents the area communities.” 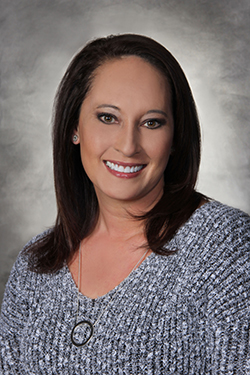 Before starting her career with the First National Bank in Trinidad on November 24, 1997, Jenny Garrison worked at Dr. Lumbnitz’s office as a receptionist while continuing her education at TSJC. Jenny started as a bookkeeper, and later held positions as a teller, a clerk in the loan payment department and a loan processor, before being promoted to a Loan Officer and Assistant Vice President in February 2007. A year later, she was promoted to Vice President and Collections Officer in February 2008. Jenny and her husband Greg have four daughters, Khayla, Carlee, Keirsten, and Aspen. Jenny says, “The experience I have gained working for the Bank has been invaluable. My job is challenging and I learn something new every day, which keeps it interesting. It’s a good fit for me, and I’m thankful for the opportunity.” 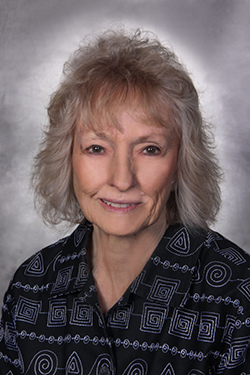 Connie Brown joined the staff at The First National Bank in Trinidad on October 26, 1998 after working as the office manager for Dr. Berry, DSS for nine years, during which time she also worked at the original Trinidad Wal-Mart location for five years. Connie has worked as a bookkeeper and a proof operator. She now manages the scanning department for the Bank, a position she has held for the past ten years. Connie has two sons, four grandchildren, and one great-grandchild arriving in May. Connie says, “I love my job, and I am very happy working for The First National Bank!”

All four of these employees are valued staff members and their years of dedication and service were acknowledged at a luncheon recently held in their honor where each employee received a gift in recognition of their years of service. When it comes to strength, stability and longevity, First National has stood the test of time through generations of change in Trinidad, and its dedicated employees are an asset in achieving its goal of being the best at serving the community. 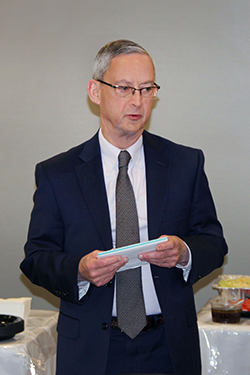 Mr. J. Ed Eisemann, IV, CEO of The First National Bank in Trinidad presented the honorees with gifts of appreciation for their years of dedication and service, stating that each of them were valued employees of the bank. 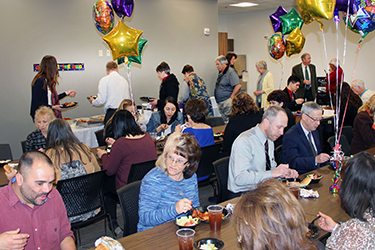