The cover of the 2018 Collector’s Series Calendar, entitled “Legendary Outlaws and the Lawmen Who Tracked Them.”

During this time of year, you can be certain that temperatures drop, leaves fall, days get shorter, and The First National Bank in Trinidad, along with its branch facilities, are busy making final preparations for its 32nd annual open house reception and calendar distribution.

The 2018 Historic Collector’s Series Calendar will be available on a first come, first served basis at the open house reception set for Friday, December 1st from 9 a.m. to 3 p.m.  As in past years, separate receptions will be held in Trinidad, Walsenburg and Raton, New Mexico.  The 2018 calendar is distributed as a free gift to the community; all residents are encouraged to attend the open house and receive a complimentary calendar.

The 2018 calendar entitled “Legendary Outlaws and the Lawmen Who Tracked Them” represents The First National Bank in Trinidad’s 32nd Annual Historic Collector’s Series Calendar.  Over the past thirty-two years, the calendars have covered a variety of historic subjects from geology and archaeology to pioneering industries, but the outlaws and lawmen from the frontier days have not yet been explored in this publication.  Outlaws of the Old West!  These words bring to mind names like Jesse James, Billy the Kid, Doc Holliday and ‘Black Jack’ Ketchum.  We tend to look back nostalgically on the era of the Old West since it is certainly part of our heritage, an exciting and unsettled time when frontier justice didn’t always travel along an easy trail.  Luckily, there were men willing to make the journey.

The 2018 calendar tells the stories of some of those men and their involvement in events that took place in Colorado and New Mexico during the period between 1865-1930.  The stories feature outlaws and lawmen.  Not too long after author Cosette Henritze started researching the topic, she realized it was going to be difficult in some instances to say a particular outlaw or lawman wore only a black hat or a white hat.  There were men in those days who some characterized as “a fine upstanding neighbor” unless you crossed him or he was drunk.  Conversely, there were sheriffs and town marshals who wouldn’t keep their badges very long today.  In addition to choosing men who were involved in events that occurred in southern Colorado or northern New Mexico, she wanted to write about people and stories that had not already been told and re-told, such as the life and death of Billy the Kid.

Researching and writing about Colorado and New Mexico during the 1800s is challenging.  There were few newspapers then, and their accounts of an event often varied greatly.  Books about notorious outlaws such as Jesse James and famous gunslingers like Wyatt Earp started to appear in the early 1900s and tended to be highly exaggerated in order to sell copies.  That practice continues even today, making it hard to find sources of accurate information.  There is no end to the adventures you will have when reading about history.  We hope you will enjoy this look into the past through the pages of the First National Bank in Trinidad’s 2018 calendar. 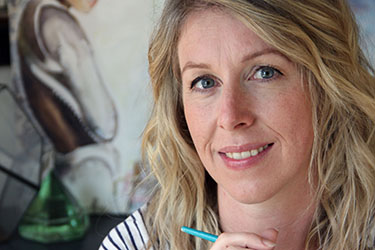 The First National Bank in Trinidad cordially invites all area residents and guests to attend the open house. “The annual event has become a wonderful tradition for area residents,” remarks Chris Egland, Vice President and Marketing Officer.  “People come for calendars and refreshments but often stay to reminisce with old friends or meet new ones.”  The event is planned for Friday, December 1st, from 9 a.m. to 3 p.m. at all three locations: The First National Bank in Trinidad, 100 E. Main Street in Trinidad; The Huerfano County Branch, 135 W. 6th Street in Walsenburg; and The First National Loan Production Office at 1247 S. Second Street in Raton.  Come join the celebration of “Legendary Outlaws and the Lawmen Who Tracked Them.”