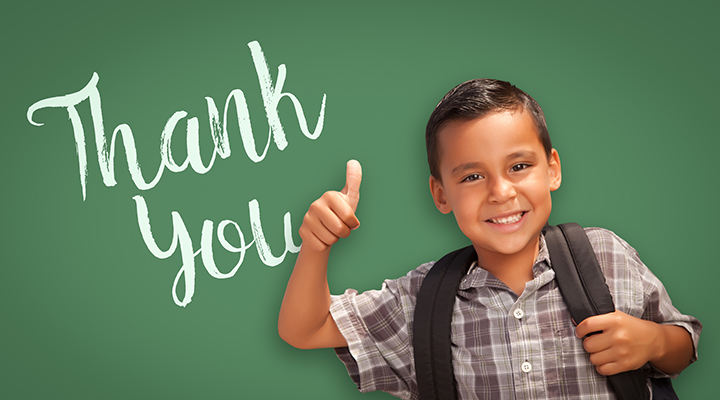 The school support drive recently held by The First National Bank in Trinidad and its branch locations was, once again, an overwhelming success! The twenty-second annual donation drive brought in a total of $10,572 in cash donations, and $3,000 was matched by First National.

For the second year in a row, the Loan Production Office in Raton combined forces with Zia Youth in their school supply drive to maximize funds to get the children of Raton the supplies they need to have a successful year. Those supplies were distributed on August 1st at Round House Park in Raton. 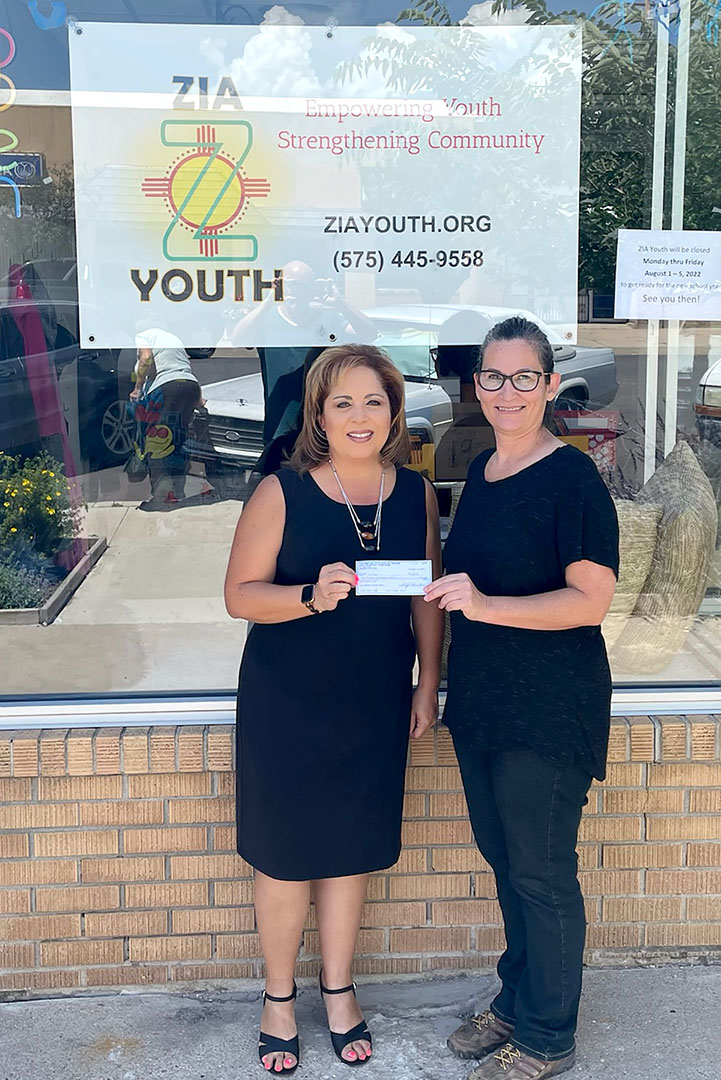 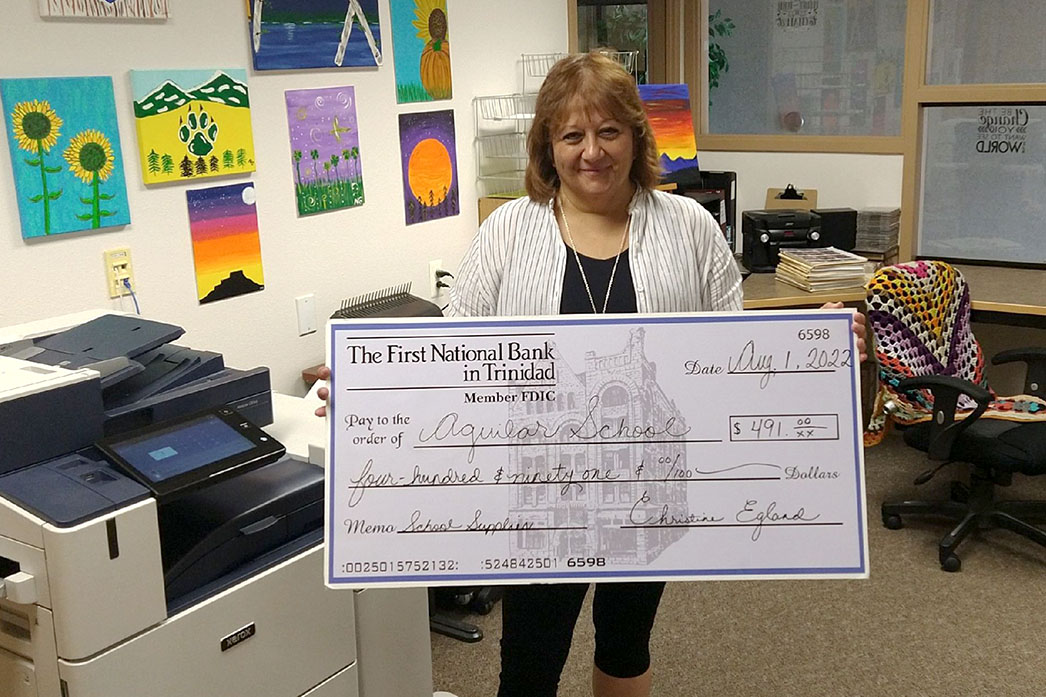 Principal, Elizabeth Jameson poses with a check for Aguilar School’s portion of $6,322 in donations received in support of the eleven schools in Las Animas County, which included $1,000 in matching funds from The First National Bank in Trinidad. 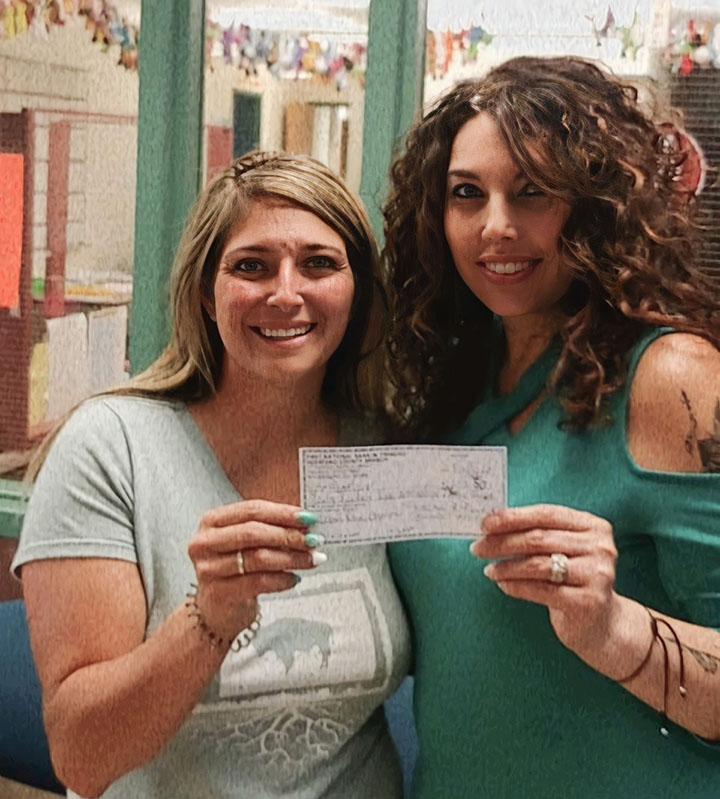 The Huerfano County Branch received $4,150 in cash donations, of which the Bank matched $1,000. Bank employee, Desirea Perrino, presents a check to Megan Archuleta at Peakview Elementary School in Walsenburg, one of five Huerfano County Schools to receive a portion of the funds.