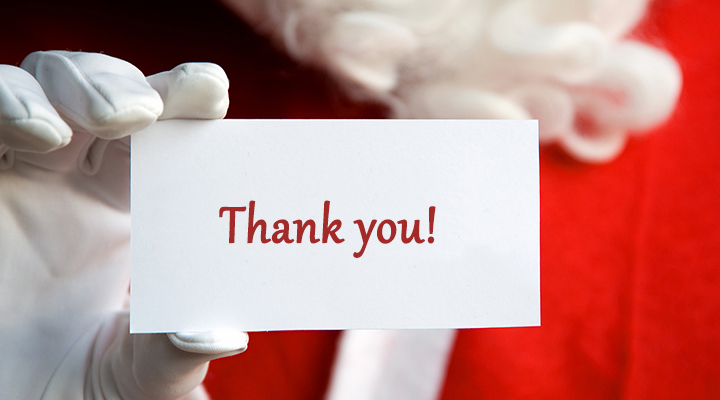 Two local communities benefited from gift tree programs sponsored by The First National Bank in Trinidad and the Huerfano County Branch in Walsenburg this Christmas.

“We mailed out over 400 letters to children and senior citizens asking them to write a letter to Santa with a gift request. A total of 350 requests were hung on gift trees in bank branch locations in Walsenburg and Trinidad for ‘givers’ to pick from. Within three weeks all of the gifts were returned, wrapped and ready for delivery,” said Chris Egland, First National Bank Vice President. “I’m really proud of our city!” says Dina Medina, Vice President at the Huerfano County Branch. “These requests have been filled by the good-hearted people in our community.”

Many letters to Santa expressed appreciation for being remembered by both children and senior citizens. For shut-ins, or seniors with little or no family nearby, the holidays can be an especially lonely time of year. The letters received made it clear just how much this program means to seniors, especially. Requests included asking for help with a utility bill, food, clothing or other personal items.

In Trinidad, a special thank you was extended by the First National Bank in Trinidad, and on behalf of the 248 seniors who received gifts, to the many individuals and businesses who gave so generously, including: Evergreen Natural Resources, COGA-API, Innova Emergency Medical Associates, Daughters of the American Revolution - Santa Fe Trail Chapter, Zion’s Lutheran Church, Confederacion Mutualista Mexicana e Hispano-Americana (La Casa), the employees of The First National Bank in Trinidad, Century Savings and Loan, International Bank, Mt. San Rafael Hospital, Las Animas County Court House, and the City of Trinidad. With their help, and help from many others, we were able to give our seniors the assistance they need and a special holiday memory to treasure. Thank you also to Kathi Ligon, Tiffany and Kylie Montoya, Ryan, Laura, Cayden and Joella Newport, Robin and Savannah Lee, and Peggy Weurding who assisted with deliveries in Trinidad.

Thank you, everyone, for making these gift tree programs an overwhelming success! 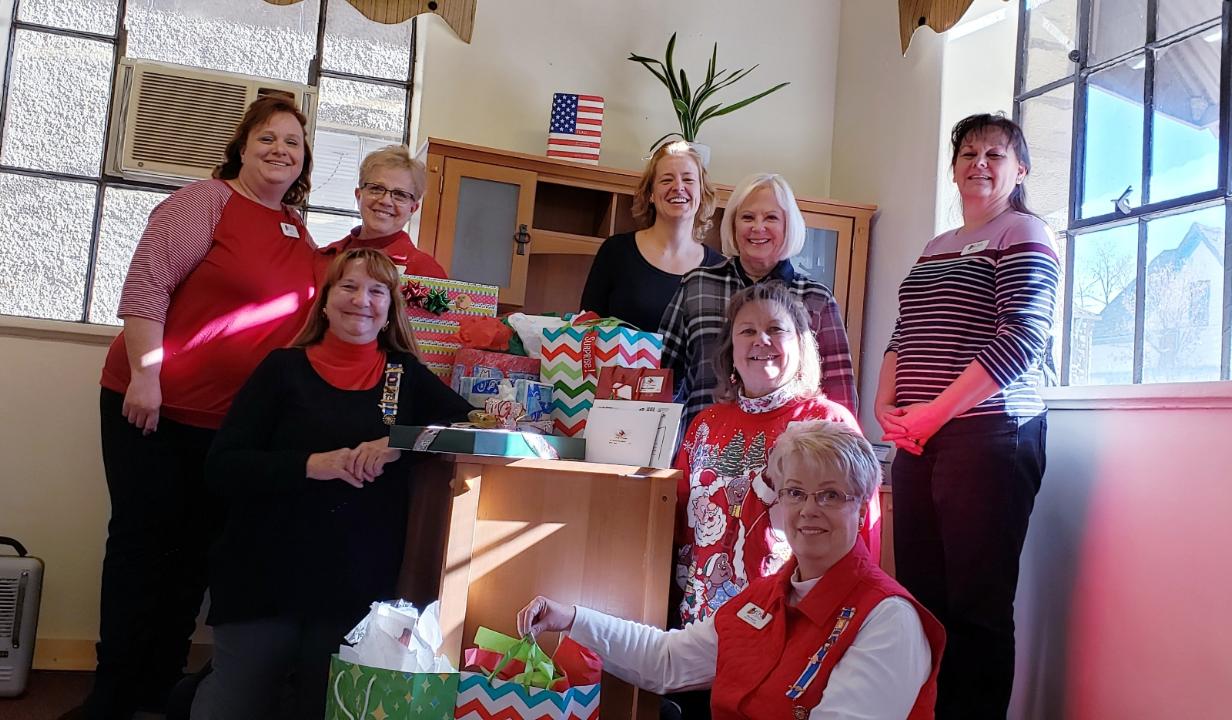 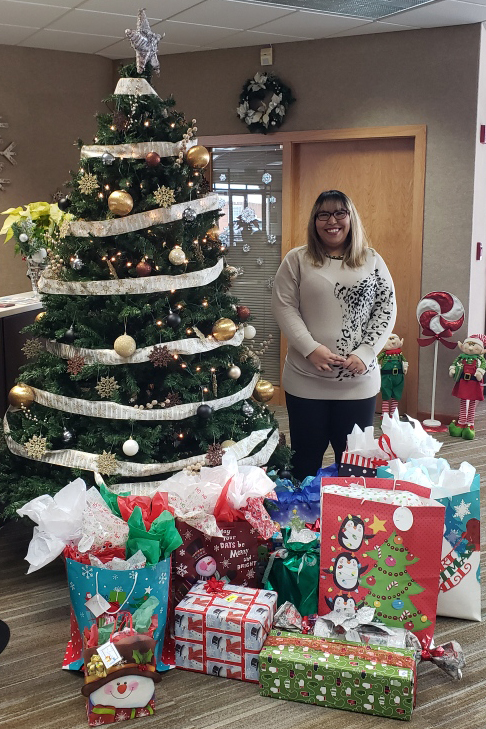 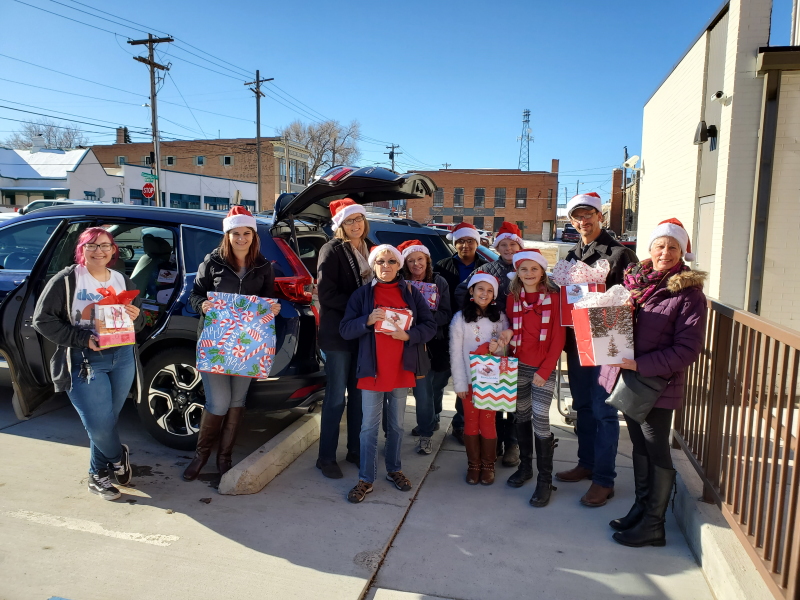 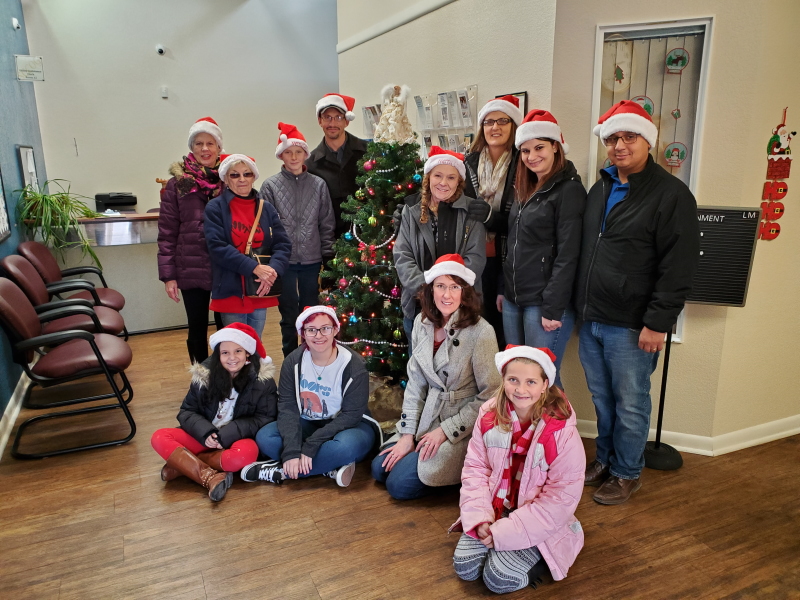 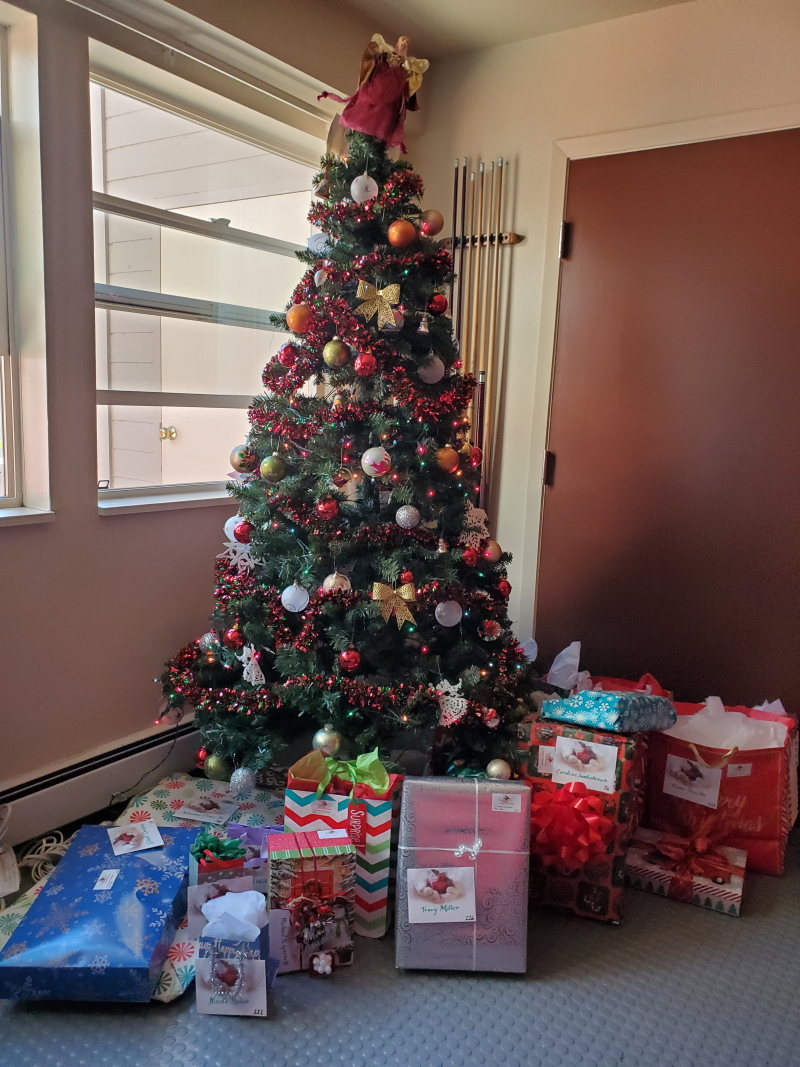 Gifts were placed under the Christmas tree at Corazon Square for delivery to residents during their annual Christmas party. Photo courtesy First National Bank. 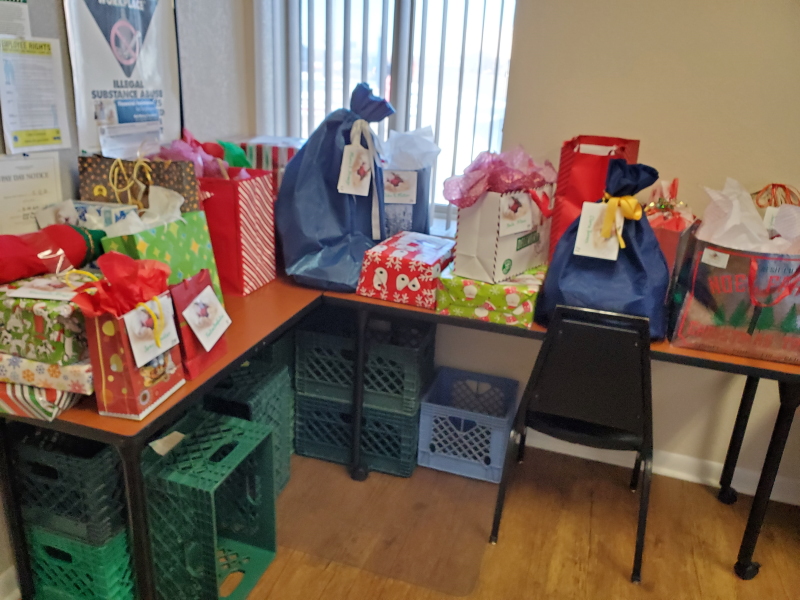 These gifts will be delivered to seniors with their meals-on-wheels deliveries from Council of Governments. Photo courtesy First National Bank. 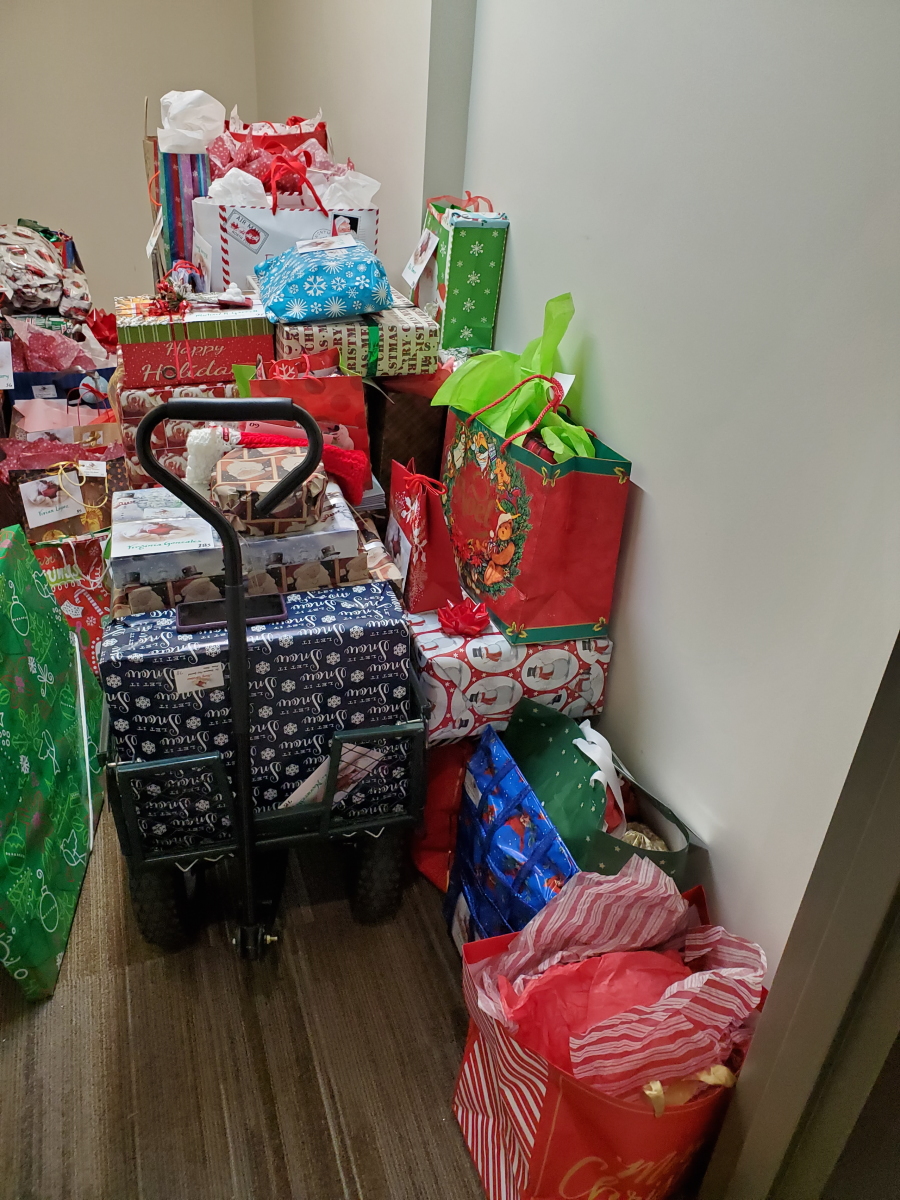