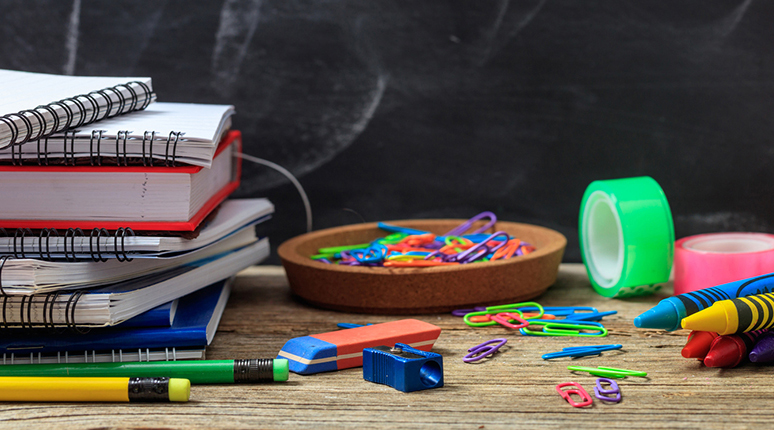 The school supply drive held by The First National Bank in Trinidad and its branch locations was, once again, an overwhelming success! The nineteenth annual donation drive, which began on July 5, 2019 and ended on August 2, 2019, brought in over $7,150 in school supplies and cash donations, $3,000 of which was matched by First National. The $10,150 worth of supplies were distributed to the twenty-three schools in Las Animas, Huerfano and Colfax Counties. The school list included Holy Trinity Academy, Grace Christian, Hoehne, Primero, Kim, Branson, Aguilar, Fisher’s Peak Elementary, Eckhart Elementary, G.O.A.L. Academy, Trinidad Middle School and Trinidad High School, Peakview Elementary, Walsenburg John Mall High School, LaVeta Elementary and High School, Gardner, Longfellow, Raton Intermediate School, Raton High School, Springer, Maxwell and Cimarron Public Schools. Each school received a percentage of the donated supplies gathered in their corresponding counties based upon enrollment numbers; the teachers will then distribute them to the children who have a need.

“These volunteers have been an invaluable asset to the school supply drive. They worked many hours sorting, counting and boxing supplies to be delivered to area schools,” says Ms. Egland. “We are very grateful for their contribution, which is valued equally to the donations we receive.”

Supplies were delivered to all twenty-three schools prior to the first day of school. Parents or students with a need are directed to visit the office of the school to which they will be attending to request free supplies. 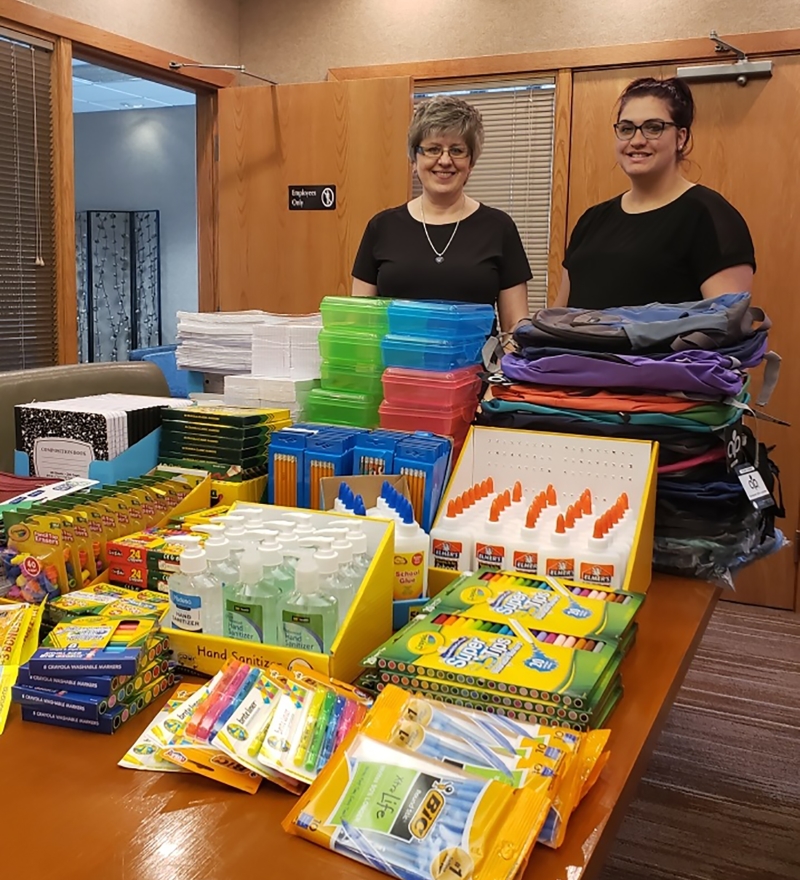 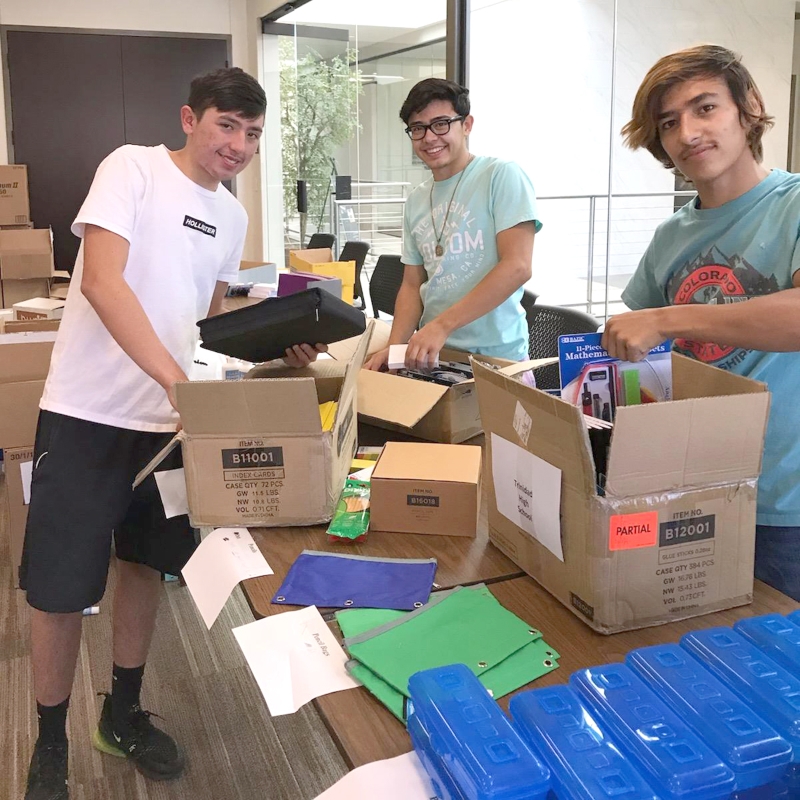 (L to R) Trinidad High School Students, Ricardo (senior), Bill (THS 2019 graduate), and Alberto (junior) Felthager helped sort and box the supplies for delivery, which they did later in the week. 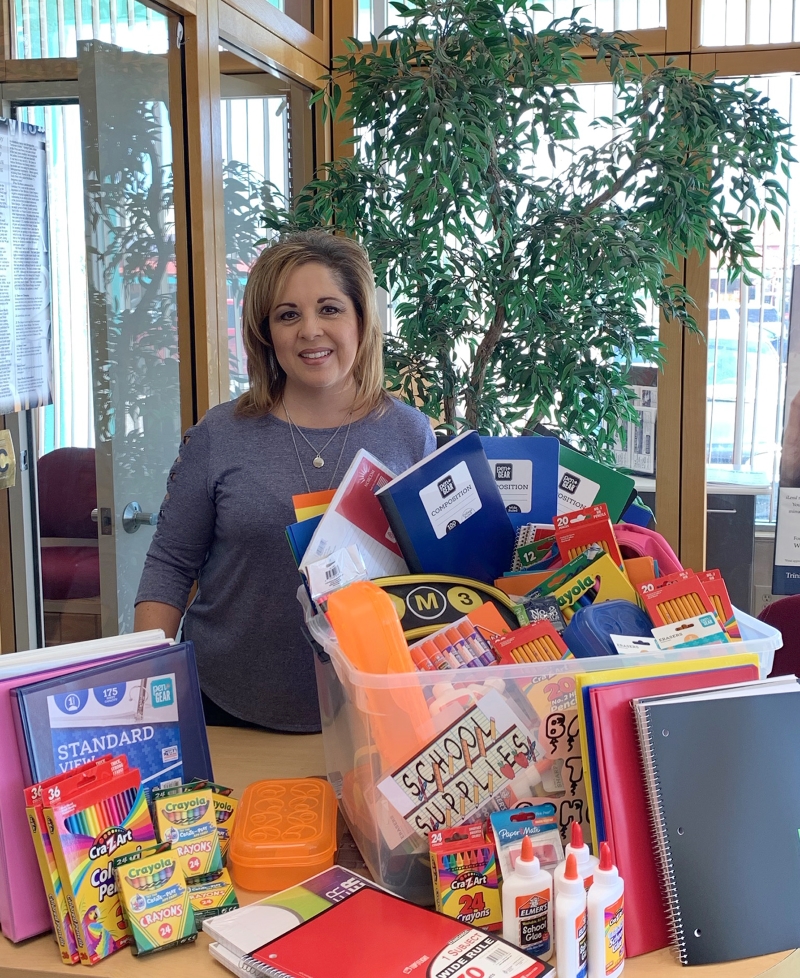 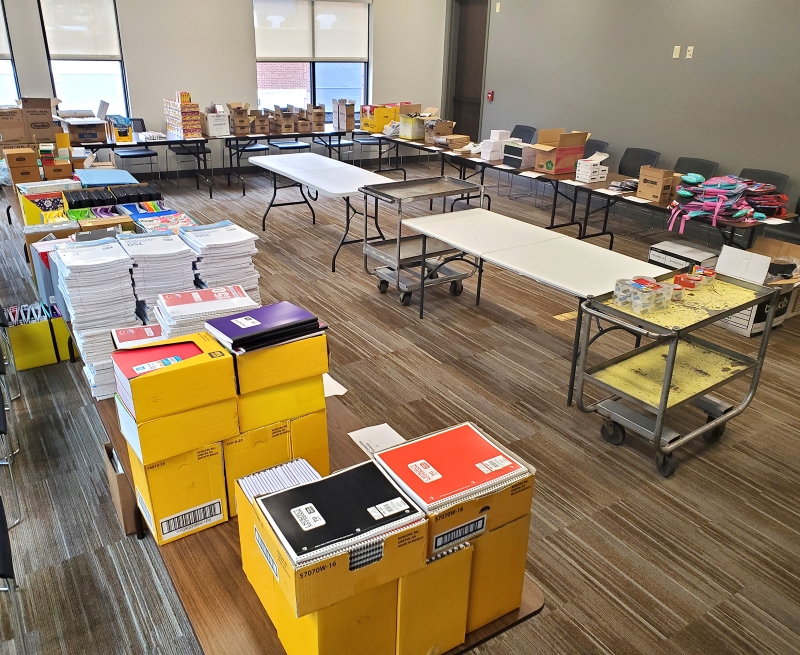 A room full of $5,100 in school supplies is ready for sorting and packaging for delivery to twelve schools in Las Animas County.