Deese Set to Retire From Career in Banking

Gaylene Deese, who has been a valued employee of The First National Bank in Trinidad for nearly fifteen years, will retire on December 31, 2018 at the age of 70. Most First National customers know her as a friendly teller at the motor bank and main bank in Trinidad. Over her fifty-year working career, Gaylene has always worked with the public. She remarked, “I’ve always enjoyed working with people, both customers and co-workers.”

Gaylene was born and raised in Trinidad. She started working at Ben Franklin Store at the age of fifteen, and worked there each summer during high school. After college, she got married and worked for awhile as a beautician before working two years at Trinidad National Bank on Commercial Street. Gaylene recalled, “That was when my career in banking really began, some forty-three years ago. I worked in the proof department and bookkeeping, and later moved on to the loan documentation department.” She relocated to Colorado Springs, where she worked for a few years as a safe deposit box manager at Pikes Peak National Bank. When her military husband got stationed in North Carolina, she relocated and worked for Roses Discount Store, a store similar to Wal-Mart, where she worked in a variety of departments and capacities.

Twenty-nine years ago, when she became a single mother of three, she moved back to Trinidad to be closer to her parents, and began a fifteen-year position with the Trinidad Wal-Mart Pharmacy. Gaylene pointed out, “I worked hard, bought my own home, and raised my kids here. It was a good place to raise a family. On May 3, 2004, I was fortunate to start my job as a teller at The First National Bank in Trinidad. At the age of fifty-five, I was glad to find a good job that I knew could see me through to retirement, and it’s done just that. I chose to stay in the positon of teller, but I also served as teller supervisor. I am grateful for my time with First National. I’ve really enjoyed my time working for the bank.”

Gaylene’s three children, Tony, Jack and Susan, and ten-year-old grandson, Antonio, live in Thornton, Colorado. She stated, “I plan to keep busy in my retirement years. I have joined the aquatic center to swim frequently. I will be volunteering at the Welcome Center and Senior Citizen Center. Other home activities and visiting family will also keep me busy. I have an aunt who is 108 whom I plan to visit in Tucson. No matter what I do, I plan to stay healthy and active.”

An employee luncheon was held in Gaylene’s honor on Friday, December 14, 2018, where she was recognized for her years of service and wished well upon her retirement. 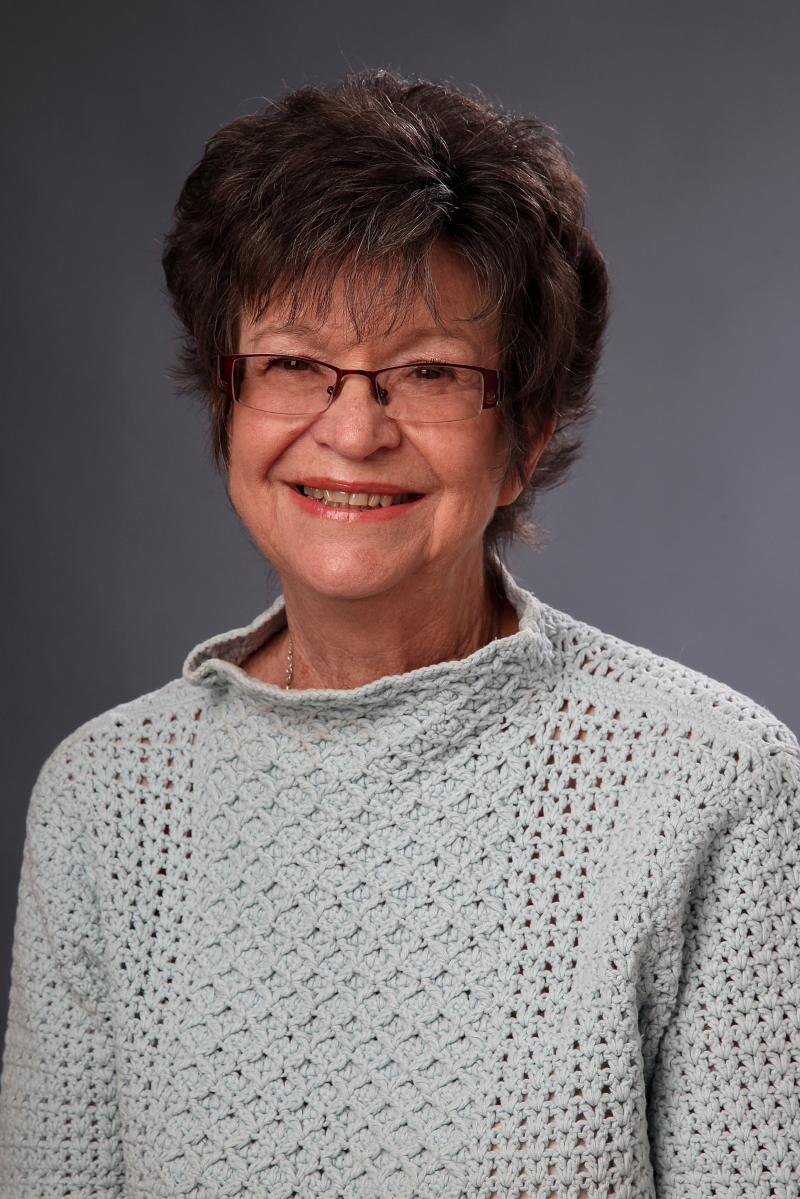 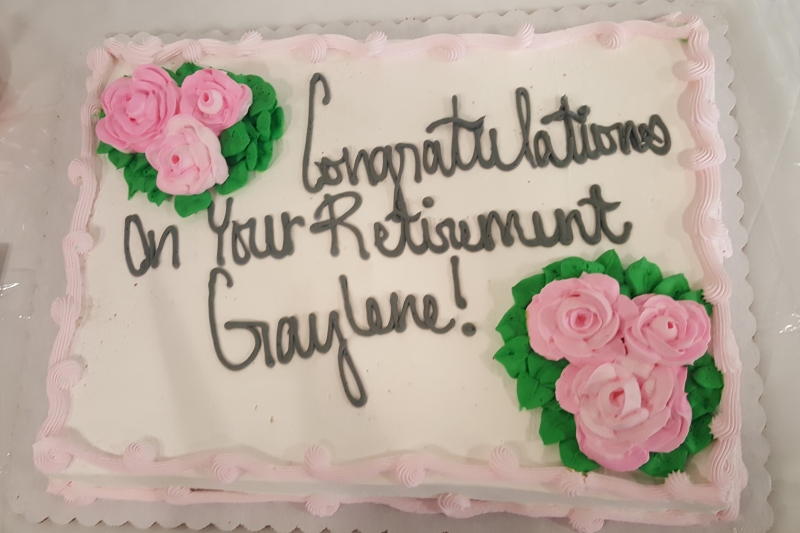 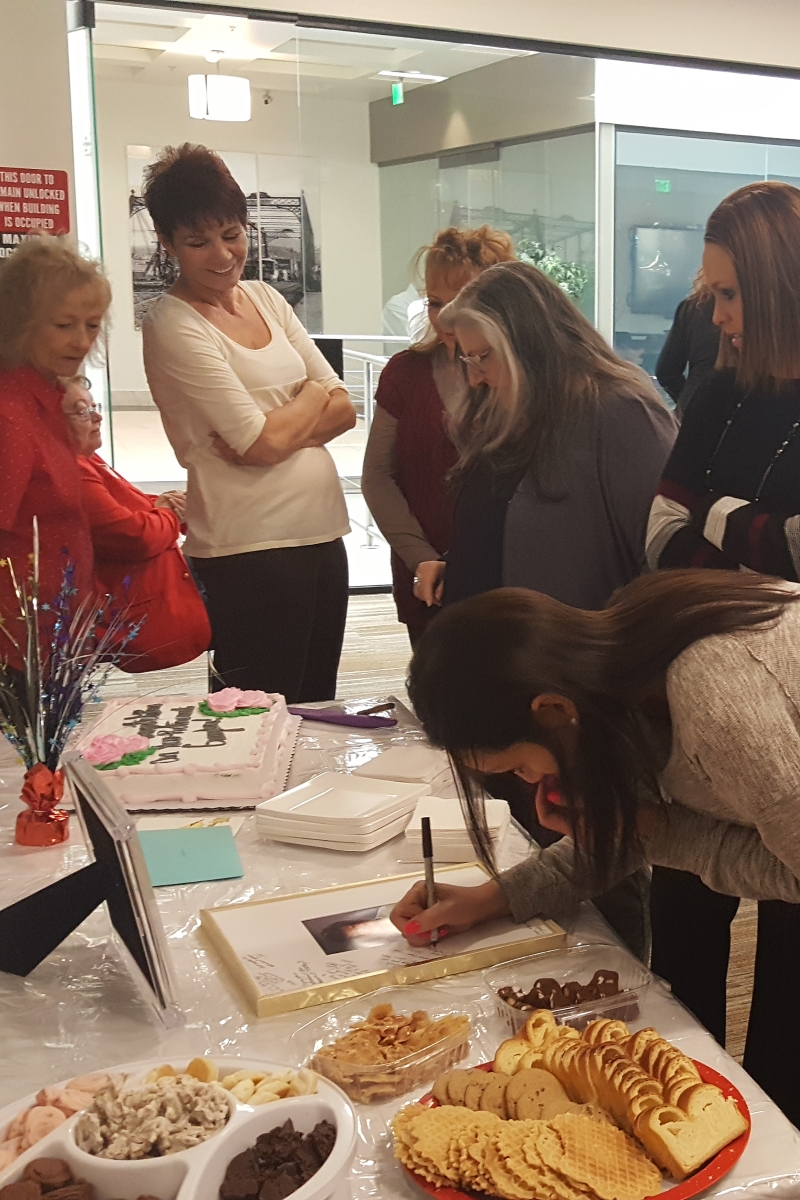 Bank employees sign a picture frame with well wishes for co-worker, Gaylene Deese, upon her retirement. 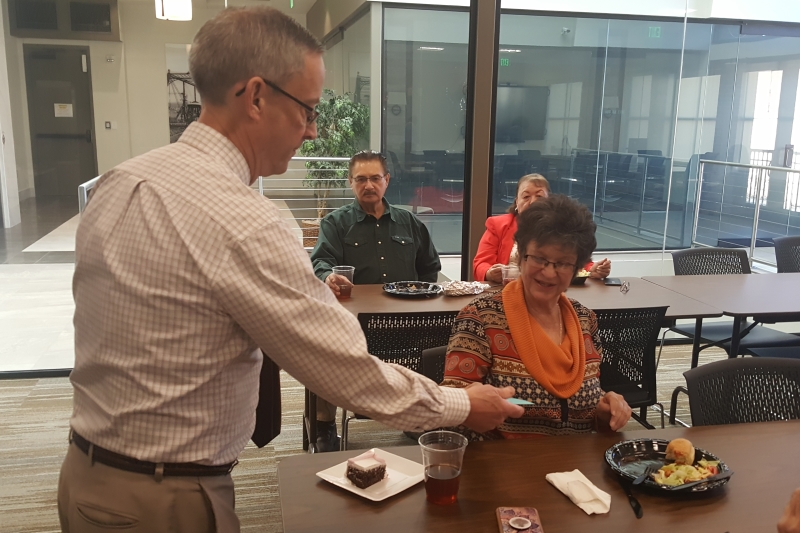 First National Bank CEO, Mr. J. Ed Eisemann, IV, presented Gaylene with a retirement card and gift during the luncheon held in her honor on December 14, 2018. 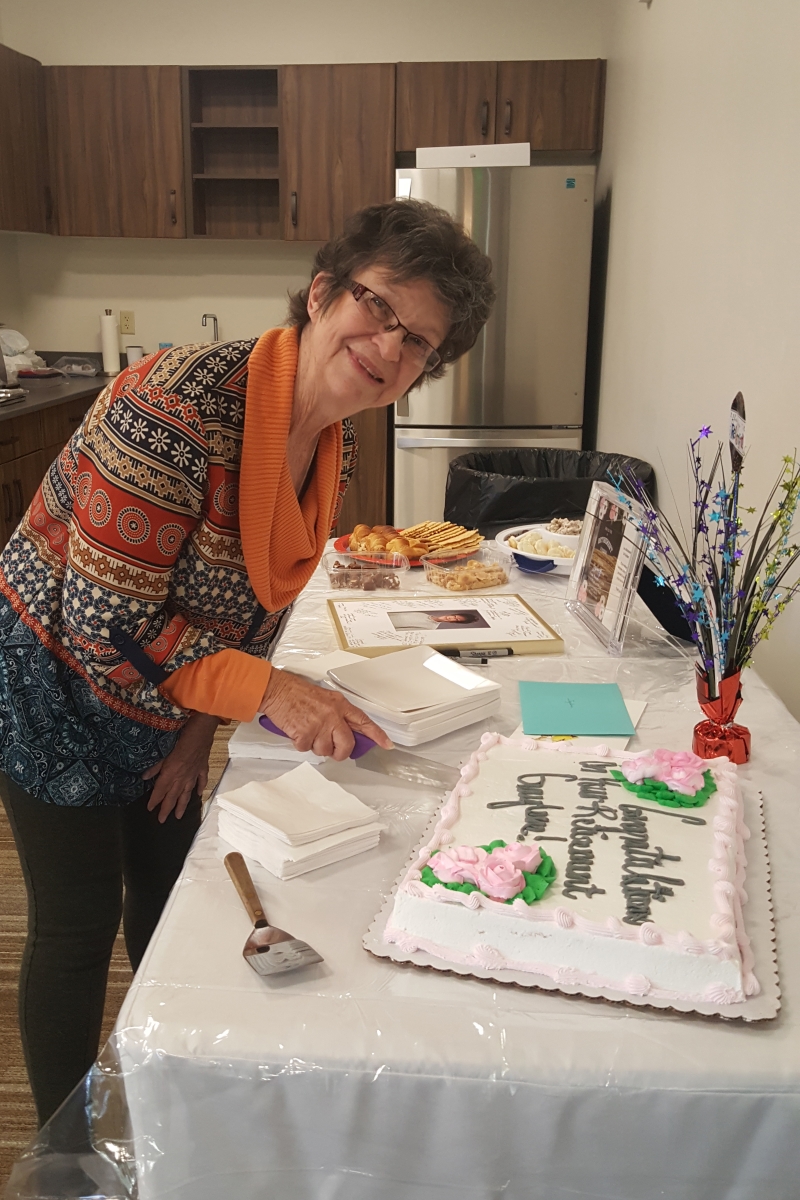 Gaylene Deese cuts the cake as part of the celebration held in her honor.